Chronic diarrhoea and helminthic infections, especially soil transmitted helminths (STH), are frequent infections in childhood, and are strongly associated with malnutrition, and poor child and cognitive development. Common STH infections – ascariasis and trichuriasis – are picked up when people ingest Ascaris lumbricoides and Trichuris trichiura eggs after they have matured in the environment by eating raw, unwashed vegetables or by not washing their hands after handling contaminated soil.

The burden of STH is very high in Kagera region in northwestern (NW) Tanzania, with more than 50% of school children infected with at least one worm in most schools in this region. As part of the national deworming programme, the government provides drugs once every year to all primary school pupils in Kagera and other regions where this is a problem. Whilst deworming campaigns offer a cost-effective method for the reduction of the STH burden, children become quickly reinfected. An integrated approach that combines sustainable hygiene behaviour change with deworming could prove a more effective way to control STH infections.

To address this problem, MITU is conducting a Mikono Safi(which means clean hands in Kiswahili) trial to assess the effectiveness of a behaviour intervention, including promotion of handwashing with soap (HWWS), among school-aged children in the Kagera region of NW Tanzania in reducing both the prevalence and intensity of Ascaris lumbricoides and Trichuris trichiura infections. This is part of the DFID funded consortium “Sanitation and Hygiene Applied Research for Equity” (SHARE) (www.shareresearch.org).

The trial is implemented in two main stages. The first stage was conducted between September 2016 and April 2017.  During this stage, formative research was conducted in three schools in Bukoba Municipality to develop and pilot a comprehensive hand hygiene intervention for use in schools and communities. Findings from this stage were used to finalise the design of the intervention package and other details of the trial.

The second stage of the trial started in August 2017 with the selection of 16 schools to be included in the trial from Bukoba municipality, Bukoba rural district and Muleba district. The schools were randomised to the intervention (8) or control (8) arm during a meeting attended by head teachers and other officials. The implementation of the intervention started in November 2017. The intervention package includes installation of handwashing facilities and other environmental modifications; engagement with parents to promote the intervention at home; teachers training and delivery of classroom sessions; educational materials to promote handwashing at school; and enhanced organisational support at schools.

The primary outcome of interest will be the prevalence of infection with ascaris and trichuris following deworming in both the intervention and control schools. Secondary outcomes will include: self-reported hand-washing behaviour (both at home and in schools), the prevalence of worm eggs retrieved from hands in a subgroup of pupils, and the prevalence of hookworm infection.

For more information about this trial and SHARE Consortium activities in Tanzania please contact Mr Amani Beda at amani.beda@mitu.or.tz or Tel # +255 282 500019. 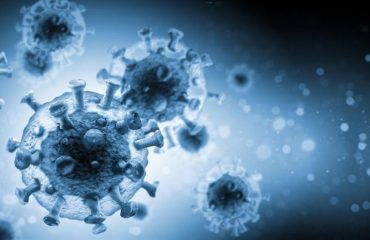 First Meeting of the Task Force on COVID-19 Vaccines, Therapeutics and Diagnostics for Developing Countries